Drawing together research strands in 2005 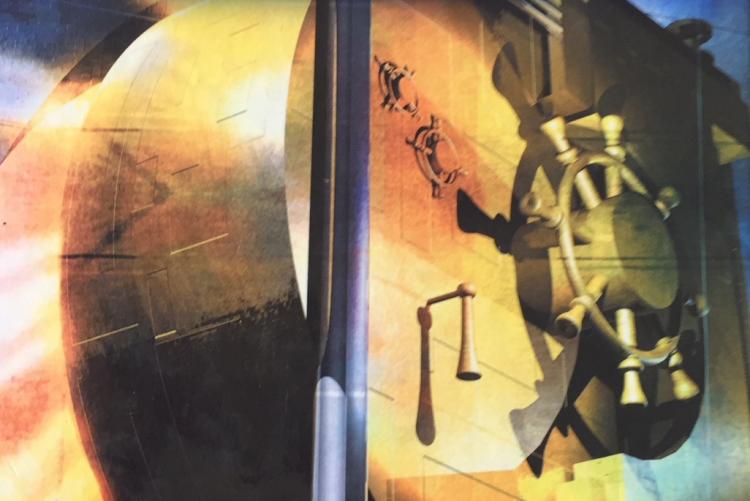 L'Uomo Delinquente in the 21st Century

Welcome to the L’Uomo Delinquente Web Page. This draws together a number of strands of earlier research activity into questions concerning crime, criminal law, criminal justice and penal history and theory, which cumulatively have stimulated a current interest in fundamental notions of criminal identity and criminal responsibility. Enduring questions in this past and present research relate to the construction and definition of criminality and penality. How are perceptions of delinquent behaviour translated into legal concepts of the criminal and the penal – what are the social and cultural processes that determine the use and scope of criminal law and the application of penal sanctions ?

Four principal themes of enquiry may be identified in this body of research :

In turn, these four themes themselves are linked by a study of the actors in each of these contexts of the subject.

Informal and alternative processes in dealing with crime and delinquency

The perception that much of the significant response to crime and delinquency occurs outside the formal framework of the criminal law is a major informing theme of the discussion in Punishment : Rhetoric, Rule and Practice (Routledge, 1989), written with Richard Ireland. This is a theoretical study of penal activity in a variety of historical contexts (the family, kinship and tribal groupings, small communities, educational institutions, the workplace and the commercial environment, criminal organisations, and the wider international community, as well as that of the state. This theme was subsequently pursued further with Gavin Dingwall in Diversion and the Criminal Process (Sweet & Maxwell, 1998), a systematic examination of alternatives to the formal criminal process often collectively referred to as forms of ‘diversion’ – indeed the argument there is that in one sense formal criminal process is the exception rather than the rule. A convenient summary of some of these themes and arguments may be found in the first chapter of Sentencing and the Penal System : Text and Materials (written with Laurence Koffman, 2nd ed., Sweet & Maxwell, 1995 – not particularly dated for purposes of the subject-matter of that chapter).

The phenomenon of alternative process, in the sense of non-criminal law but still formal and legal in character, has been studied in more depth in relation to the procedure and sanctions used to deal with competition violations under European Community law. A series of works have dealt with this area of ‘supranational control of business delinquency’, this last phrase being the sub-title of European Community Investigations and Sanctions (Leicester University Press, 1993). More recently, the enforcement of the competition rules dealing with business cartels has been the subject of a major study with Julian Joshua, published as Regulating Cartels in Europe (Oxford University Press, 2003) and a number of papers published since 2001. A wider theoretical reflection on the models of sanctioning used in the EC context may be found in the contribution to Christopher Harding and Bert Swart (eds), Enforcing European Community Rules : Criminal Proceedings, Administrative Procedures and Harmonization  (Dartmouth, 1996) : ‘Models of Enforcement : Direct and Delegated Enforcement and the Emergence of a ‘Joint Action’.

Another major theme of enquiry may be found in historical research into penal ideas and penal practice, whether in formal or informal contexts. My contribution to an earlier general work on the history of imprisonment (Imprisonment in England and Wales : A Concise History, with Bill Hines, Richard Ireland and Philip Rawlings (Croom Helm, 1985), which dealt with imprisonment in the period from the mid-nineteenth century onwards, gave rise to some more specific studies of late nineteenth century penal policy and practice :

‘The Inevitable End of a Discredited System ? The Origins of the Gladstone Committee Report on Prisons’, 31 (1988) The Historical Journal 591, and
(with Laura Wilkin) ‘’The Dream of a Benevolent Mind’ : The Late Victorian Response to the Problem of Inebriety’, 9 (1988) Criminal Justice History 189.

An historical account of the development and significance of diversionary processes in the context of criminal law is provided in the second chapter of Diversion in the Criminal Process (above). There is also a good deal of historical material used in the argument in Punishment : Rhetoric, Rule and Practice (above) and the earlier parts of the discussion in Regulating Cartels in Europe (above).

The construction of criminality

Both of the above themes lead naturally to this question : what are the processes which convert a perception of delinquent or socially problematic behaviour into its identification as legally criminal conduct ? The choice of formal criminal law or of other means for dealing with delinquent behaviour is one factor which informs the construction of criminality. Penal response, in the sense of the choice of sanction, is another determinant of the latter. Much of the work dealing with the supranational regulation of business conduct has also had the construction of criminality as an underlying theme. This is so as regards the research into the control of cartels and other anti-competitive conduct referred to above. For recent examples, dealing specifically with the criminalisation of cartel activity, see the paper written with Julian Joshua: ‘Breaking Up the Hard Core : The Prospects for the Proposed Cartel Offence’, (2002) Criminal Law Review 933; and also ‘Forging the European Cartel Offence’, 12 (2004) European Journal of Crime, Criminal Law and Criminal Justice 275. Reference may also be made to other studies of problems such as that of fraud in the European Community context  -

‘The European Communities and the Control of Criminal Business Activity’, 28 (1979) International and Comparative Law Quarterly 246, and
‘The Problem of Controlling Fraud within the European Community (with Ann Sherlock), 16 (1991)  European Law Review 20  -

and the use of criminal law in relation to corporate activity  -

Some of this work will appear as Individuals, Organisations and Criminal Responsibility (Willan Publishing, 2007).

The supranational and international dimension

In exploring the above themes it has become clear that context is significant – not only that of time and culture, but also that of legal order. In particular, much of the work to date has followed these lines of enquiry by addressing the question of controlling delinquency at the European and international levels. This may be evident from a glance at many of the titles referred to above. Mention may also be made of a number of further publications which are particularly concerned with the European and more broadly international dimensions of crime and its regulation :

Analysis of actors : personality and identity in the criminal and penal context

A common research theme in much of this work has been to exploit the insights which may be gained in reflecting on the role and personality of the different actors involved in these processes. This may be done, for example, by considering the range of actors involved in taking action against offending behaviour (official and non-official)   - what may be termed active subjectivity. The different actors in this sense may have varying interests and employ different methods. Another important aspect of this kind of analysis is the personality and identity of ‘delinquent actors’ – passive subjectivity.. This entails a discussion of, for instance, issues of corporate and individual responsibility, or those of vicarious and personal liability. Such issues are naturally to the forefront in any enquiry into the concept of the ‘responsible criminal actor’ (Individuals, Organisations and Criminal Responsibility, forthcoming) and some analyses of ‘outlaw’ identity :  ‘Rainbow Warrior, Legal Ordering and Legal Complexity’, and ‘The Pirate as Outlaw in the Early Modern Law of the Sea’ – forthcoming). For an earlier consideration of such questions of personality, participation, and identity, in relation to the theory and practice of punishment,  see Chapters 8 and 9 of Punishment : Rhetoric, Rule and Practice (above).