Fire on the Peninsula 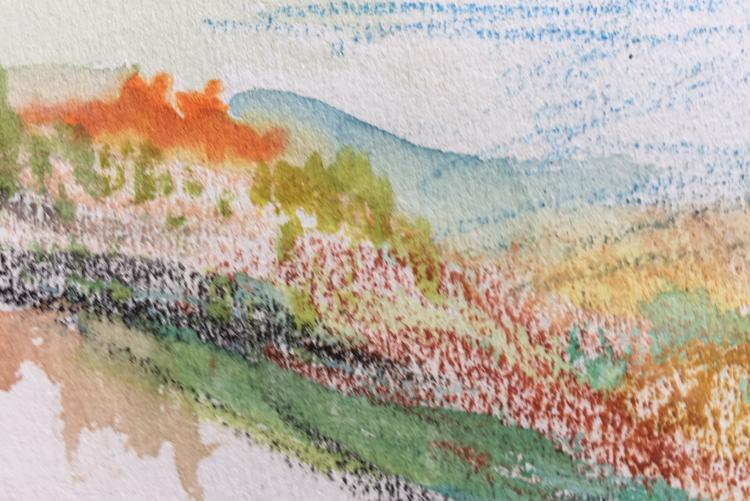 This is a fairy tale of protest and legal change in the Western Lands in the fading days of Empire, but as Scheherazade might say, there is much that can be learnt from these never-ending stories of interesting deeds and powerful metaphor.

There came a time when a great war threatened through all the lands, and the Englanders sought to prepare for conflict. They thought to use their bombs and to train their soldiers in the art of bombs and their explosion. A place was sought for a school for the bombardiers, and the Englanders found such a place at Penyberth on a far peninsula of the old Cymraeg lands, known as Llyn, pointing out into the distant seas. Penyberth was an old farmstead, revered among the Cymraeg people as special in their culture and worship, as a place of protest, conscience and pilgrimage. The Cymraeg were dismayed at the desecration of this noble place and there was widespread objection to the policy of the Englanders. Many of the Cymraeg now called for their own nation and to renounce the use of weapons. But the Englanders took no heed, unwilling to build the school for bombardiers  in their own lands, thinking it was better placed in the wilder landscape of the Cymraeg.

Finally, three leaders of the protest went at night to the place of construction at Penyberth where the ancient farmstead had been laid waste for the new school, and there they started a great fire. The blaze lit up the dark sky over the land and sea and struck awe into the people of the Western Lands. After the blaze had reduced the new works to a cinder, the Cymraeg burners presented themselves to the officers of the Englanders, saying quietly, ‘Now do with us what you will’.

There was outrage among the Englanders, who took the burners before the nearby courtroom in Caernarfon, charging them with the crimes of burning and destruction. But the jurors of the Court were Cymraeg people, who could not agree that the burners had carried out the burning as a crime, so that the Court proclaimed their innocence. The judge in the Court had ridiculed the language of the Cymraeg when spoken at the trial, and in anger ordered the trial to move to the great Court of the Englanders in London, which was the chief city of the Englander people. The burners willingly accepted this fate, and the jurors in the Court in London quickly agreed that the crimes had been committed and that the burners should be punished for their act of destruction. So they were each ordered to the prison of the Englanders, where they continued to call for respect for their culture and protest against the resort to armed weapons. And when in time they were freed from the prison, they returned to the Cymraeg lands to be welcomed by large gatherings of the people, who proclaimed them as heroes of a rightful cause.

And in the years that followed many people among the Englanders and also in other lands thought  further about these matters. There came then a time when the people and governments in many lands renounced the use of weapons  and destructive explosions in the resolution of disputes between nations and peoples. Also in the course of time the Englanders and other peoples grew to respect the use of different languages and different customs. And the Cymraeg people gained the right to use their own language in their courts and their documents, and to live again according to some of their own customs and laws. Nor then did the protesters have the need to use fire in their argument, and at night the peninsula at Llyn sparkled only with the peaceful lights of the homesteads.

Aficionados of Celtic and colonial history and the development of international and human rights law will recognise the episode of Tan yn Llyn, the dramatic protest of Welsh Nationalists and pacifists in 1936, now regarded as a seminal episode in the development of Welsh nationalist sentiment during the twentieth century,  the emergence of Plaid Cymru as a political force and constitutional change in the United Kingdom. This is part of the wider story about political protest and the resort to violence, whether directed at people or property, in the resolution of disputes. There is a history lesson about change in ethical argument and legal solutions, and how such change may happen only gradually, although kicked forward sometimes by dramatic episodes, not least the global conflict of 1939-1945. The burning at Penyberth and the subsequent trials can be studied in detail in the contemporary account written by Professor Dafydd Jenkins under the title Tan yn Llyn  (1937), translated into English by Ann Corkett as A Nation on Trial, and commented on more recently by Judge Nicholas Cooke in his reminiscence in Canmlwyddiant, Cyfraith A Chymreictod, A celebration of the life and work of Dafydd Jenkins (Welsh Legal History Society, 2011).