The Pisciotti saga: a tale of extradition and supposed deterrence 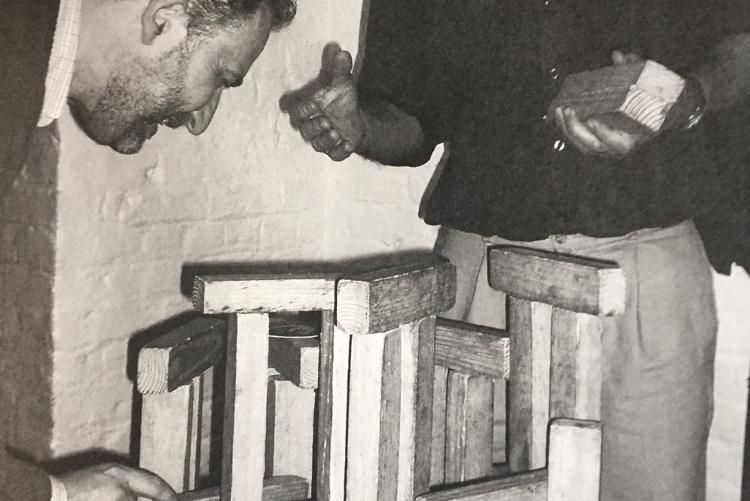 The Pisciotti ruling by the European Court of Justice (Case C-191/16, Romano Pisciotti v Germany) in April 2018 deserves comment, and some of it critical comment, in a number of respects. At a general level, the proceeding is significant in bringing together two aspects of EU law, anti-cartel enforcement and the use of the European Arrest Warrant (EAW), signalling some dynamic interaction now between competition regulation and EU criminal law. One way of viewing this is to confirm the encroachment of criminal law into the competition and antitrust sphere, as evidence of a growing international resolve to deal firmly and effectively with business cartels and cartelist perpetrators as seriously offensive actors who deserve criminal law and deterrent sanctioning. But there are different interpretations of such legal developments – there is on the one hand, sure enough, the rhetoric of tough enforcement, but also perhaps it is possible to see the limits of using criminal law in this context.

The Pisciotti saga certainly demonstrates the determination in enforcement of the US Sherman Act by the Department of Justice (DoJ) against international cartels, in the persistent pursuit of a fugitive individual cartelist from the Marine Hose Cartel, operational between 1986 and 2007, and busted by the US authorities in that latter year. Romano Pisciotti, a former senior executive of cartel participant Parker ITR, had been sought by the US DoJ for his involvement in cartel discussions and was eventually indicted ‘under seal’ in 2012 – that is, without it becoming a matter of public record. He was then placed on an Interpol Red Notice, without being aware that he was legally a fugitive in that sense and so at risk. Indeed he had probably been lulled into a false sense of security, following some earlier abortive negotiation with the DoJ, which sought to persuade him to provide evidence against fellow cartelists, after which the DoJ appeared to lose interest in him. But equally this may have generated a DoJ animus against a potentially valuable witness who had refused to play ball. In 2013, travelling on business from Nigeria to Italy, while changing flights at Frankfurt Airport in Germany, he was arrested to his surprise and then detained pending extradition proceedings to the US.

And so his legal and penal saga commenced. Bad luck for Pisciotti ? Arguably so, in a number of respects. First, he was singled out by the DoJ for a deterrent lesson – foreign cartelists should not assume or expect impunity in relation to US justice (‘from Hollywood to Hong Kong – criminal antitrust enforcement is coming to a city near you’, as Scott D Hammond of the DoJ proclaimed in 2001). Secondly, he changed flights in a jurisdiction where double criminality was just about available (via Germany’s bid-rigging crime) for purposes of extradition – if it had been Schipol Airport for instance, extradition would not have been possible from the Netherlands. And thirdly, he had been in blissful ignorance of the risk, unaware of his legal fugitive status.

The US authorities had the law on their side and used that position adroitly. But it is worth remembering that their practice and policy in that respect, and the determination to use criminal law and apply severe sanctions on individuals, does not conform to the spirit and often the letter of European enforcement. Despite the rhetoric of strong enforcement, there is still a level of European reservation about the use of criminal law in anti-cartel enforcement. Should this be taken into account as a matter of EU criminal law and EAW argument ?

After being extradited, convicted and serving a prison term in the US, Pisciotti returned to the legal fray, wishing to take Germany to task for its willingness to cooperate with the US, arguing that this was a violation of certainEU rules. Again, it is interesting to observe an element of determination and persistence. Cartelists may prove doughty legal warriors. Like Ian Norris a number of years before, Romano Pisciotti was prepared to put a great deal of time and effort into his own defence and the deployment of legal argument, and test the possibilities in a number of jurisdictions. But once more this may prove to be a matter of good or bad fortune in the outcome. In Pisciotti’s case he first of all encountered a rebuff from the German Bundesverfassungsgericht who held that the situation was not subject to any rules of EU law. But then, in a subsequent proceeding, the Landgericht of Berlin questioned this finding and referred the matter on to the Court of Justice (ECJ). The Gods continued to smile on Pisciotti as the ECJ then ruled that EU rules relating to non-discrimination and free movement did indeed apply to the case. But finally, he was not blessed, as the ECJ, balancing the interests of free movement on the one hand and guarding against impunity on the other hand, via arguments of proportionately, decided in favour of the enforcement and crime control imperative. Was this a matter of throwing the dice or considered legal strategy ? Perhaps there is here a combination of both chance and legal logic, but the case certainly proves that these questions are contestable and remain so. Pisciotti would have been well advised that he stood a chance of winning the case.

And this brings the discussion to one or two specific points of legal argument in the ECJ’s eventual decision. Some comment here can draw upon variables and happenstance of law and policy already mentioned in considering the way in which a legal balancing act is carried out on the basis of proportionality argument.

First, there is the happenstance of double criminality. Admittedly the decision to criminalise or not in a particular jurisdiction is not happenstance, but variation from one to another and where individuals may be located is more happenstance. This was certainly so in Pisciotti’s case. Geographically, he was more or less at risk from one EU State to another, and as an EU national this certainly affected in practice his freedom of movement. Hence, there is the argument that variations in double criminality compromise the free movement of business persons within the EU.

Secondly, there is another aspect of variation in crime control policy to consider – the different resort to criminal law and non-criminal law in anti-cartel enforcement among EU States. This of course leads to a differential and arguably discriminatory impact on individuals- for instance, the chance of being a Dutch national who could more easily remain safe by staying put in the Netherlands or being a UK national who may be more at risk by being located in a criminalised jurisdiction.

There is finally the related point about ensuring that there is no impunity when infringements have been committed, as part of the legal balancing act and assertion of EAW imperatives. In the ECJ’s recent ruling, this was one of the clinching arguments, that extradition to the US was the most convincing way to avoid the risk of impunity. But once again, Pisciotti may be seen as unlucky in the circumstances: that his State of nationality, Italy, seemed unwilling to take on the case and deal with him as an offender, and that Germany appeared also unwilling to exercise its own criminal law jurisdiction, although willing to consider extradition, detain him for several months in a German prison, and then face considerable litigation after the event. Pisciotti could have been dealt with as an accused offender in a European jurisdiction, but it seems that European jurisdictions do not have a wholly agreed voice on such matters. And that in itself is an interesting and challenging matter for both anti-cartel enforcement in the European context and EU criminal law.

Is the extradition of European cartelists to the US now cut-and-dried ? It would seem not.

A shorter version of this comment can be read on the European Law Blog (http://europeanlawblog.eu/).