A story of rebel spirit in the Home Counties 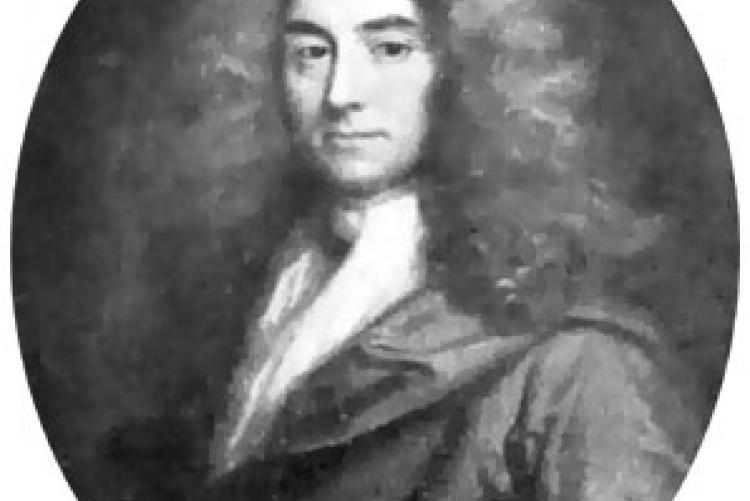 It is still possible to walk along hedgerow bound paths and small lanes from White Waltham or Waltham St Lawrence to the secluded site of Shottesbrooke church and House. Even this far into the twenty first century, here is a genuinely rural experience, though this quiet countryside is hemmed in a few miles away by the sprawling residential districts of Maidenhead, Bracknell, Reading, Ascot and Windsor, and bisected by a motorway. This is a kind of lost domain, in deepest Berkshire  -  lost and deep in the sense that there is no tourist awareness or disturbance. And lost and deep in that there are a few now little noted relics of political action and upheaval – the former haunts of a Belgian ambassador favoured by a British monarch (New Lodge), of a refugee, resistant and exiled Norwegian Head of State (Foliejon Park), the early residence of a trailblazing eighteenth century poet (Alexander Pope at Binfield), and then Shottesbrooke, a Jacobite and Roman Catholic refuge in late seventeenth century England. All pretty much unsung now, but in that way appealing, because largely forgotten and unmarked. So, standing by the pond in the field across  from the solitary ribbed spire of Shottesbrooke church, we can conjure the one-time domain of Francis Cherry, a rigorous Jacobite and protector of persecuted Catholics,

Francis Cherry was born into a Catholic family in 1665, inherited Shottebrooke and lived the life of a late seventeenth Squire. He was also a leading non-juror (a fine term, denoting a person who refused to swear allegiance to a Protestant monarch), and a skilled horseman. Imagine then this Squire Cherry, depicted for posterity (in a painting now in the Bodleian Library in Oxford) in a long dark wig of the time, a man of aquiline features and steady gaze (similar in appearance to the artist Neville in Peter Greenaway’s film, The Draughtsman’s Contract). In character, he was scholarly and informed, generous and principled. And he was known to the Protestant monarchs who liked to ride out from Windsor Forest  and across the Berkshire fields. William of Orange was another keen jockey and enjoyed some competitive riding with the recusant Squire. Cherry, it is said, played a game of equestrian chance, in the hope of serious mischief. Knowing the lie of the land, he led the Joint Monarch to a dangerous jump near the Thames, in the hope that the Dutchman would follow, misjudge the leap and be thrown fatally from his horse, But the ‘usurper’ Prince swerved away from the bank. William was no mean jockey.

Time passed but the riding and hunting continued for the Lords and Squires. In due course, William’s successor, his sister-in-law Anne, followed the hunt towards Shottesbrooke. She spied Cherry at a distance, and keeping his distance. The Queen remarked to her bottle-man that she knew the reason for the Squire’s reluctance to approach. But she was a woman possessed of emotional intelligence, and sent the bottle-man to Cherry with bottles of red and white wine and with the message that she thought him one of the ‘honestest gentlemen in her dominions’. In courteous response, Cherry expressed his humble respects and best thanks to ‘his Mistress’. The story does credit to both the parties.

Standing in the fields of Shottebrooke today there is an overriding impression of quiet, gentle, peaceful  countryside, away from it all. To re-imagine the place in Cherry’s time requires not just visualising a busy equine scene – the thump of horses’ hooves and human yelling and whooping by bewigged jockeys – but also less noisy, but animated intellectual chatter (think of the voices and dialogue in The Draughtsman’s Contract). Cherry was well-connected to academic and political debate and Shottesbrooke served as a meeting ground for non-jurors and their discourse. He was the mentor of Thomas Hearne, a local lad and son of the parish clerk at White Waltham, whose intellectual potential Cherry recognised and encouraged, fostering the young man’s education and later career at the University of Oxford. Hearn was another notorious non-juror, and that later cost him his position as Keeper of the Bodleian Library and also possible appointment to Chairs at the University of Oxford. Another man of steadfast principle. Cherry was also a close friend of Henry Dodwell, another non-juror and for some time the Professor of Roman History at Oxford. When deprrived of this position on account of his Jacobite insistence, Cherry offered Dodwell a refuge in deepest Berkshire. He provided the dismissed Professor with a house at Shottesbrooke, and there he was buried alongside his benefactor. As for Hearne, he was a great diarist (like Samuel Pepys, yet another mon-juror) and naturally enough he refers there to both Cherry and Dodwell. So, we may imagine all three of them,  over time, airing their Jacobite convictions in the parkland and House at Shottesbrooke. Cherry was eventually laid to rest under a modest gravestone there – no name, just the date of his death, and the inscription ‘hic iacet peccatorum maximus’ (‘here lies the greatest of sinners’).

Heady days, no doubt, and one of the best unsung tales of deepest Berkshire, from a lost domain.